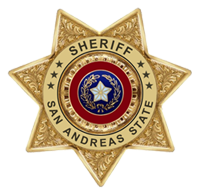 
Do you have a valid driving's license?
-Yes


Tell us about your background story. ( Min : 250 words )
-Hello, allow me to introduce myself first, my name Richie Mackenzie and I are from Washingthon. I was an orphan and my mother's father died of Car Accident. I now live with my aunt and uncle. live with her uncle and aunt is not easy every day I have to live disciplined and independent. My aunt and uncle are not cruel they are just hard on me so that I can live disciplined. and independent I am very proud to have as their uncle and aunt. I think they have as a parent myself.


Every day I helped my uncle went to the fields to plant strawberries. I helped my uncle ikhlas.terkdang sincere and we must maintain the fields until late at night because at that time my strawberry Many thieves, his uncle and other farmers keep fields alternately turn it on saaat uncle turns to keep. before he left he said, "you go home tell your aunt uncle would come home in the morning because his uncle in charge of guarding the fields" I went straight back on the way I think about the crops that will be tomorrow. kemudianan soon as I got home and I went home. kelihat aunt had not slept since anxiously waiting the arrival of her husband. I also delivered a message from uncle "aunt, uncle can not go home tonight uncle served to keep the field may only be back tomorrow morning" aunt had scolded me ""why are you home while your uncle guard in the fields." " accompany you watch tonight's uncle brought weapons to protect ourselves from feeling bad aunt was "I was left in the field when I got home I saw the lights die hut and I quickly came. after I came I listened to the sound of gunfire and I went straight to there., and I saw my uncle was lying on the ground with a gunshot wound to the chest Uncle said "Rich, dying uncle was close now you're the one who will keep the field and keep the one your cousin and aunt. uncle leave this field kepdamu "I can say" uncle who dared to do this, uncle? "Uncle replied" Rich, Do not have revenge in your heart because it can ruin your life and revenge that will never end, AGGhhhhhhhhhr "unlcleeeeeeeeeeeee, congratulations my uncle the way prayer is always with you.
Tell us why you would like to become an Officer in San Andreas Sheriff's Department. ( Min : 250 words )
-because I was born from a family that discipline, not despair, not vindictive.
that's why I wanted to go in SASD. I want to protect the people of farmers today his crop fields often stolen. that's why I feel sorry for you farmers who have taken the trouble to plant fruits and the results are not there. I also love the nature that's why I went SASD to eradicate illegal logging in the surrounding villages.

I also have a hobby of hunting animals. I and my late uncle used to hunt wild pigs because pigs often interfere with the villagers. a hunter is not easy we have strong hold Sniper weighing about 3.5 kilograms and has a clear vision. I am an expert in shooting distance because that is my disparage as Mackenzie meaning great hunter.

Apakah anda mengerti tentang hukum?Jika ya, Jelaskan secara singkat.
-yes, I understand hukum.hukum is a law made by the government to curb its people. law can also be used as a guide to our daily lives. The law also has properties sanctions if there are people who do not eat will be given polite Sesua sanctions applicable laws.


Berikan alasan mengapa anda ingin bergabung dengan San Andreas Sheriff's Department.( Min : 200 words. )
-I want to improve in the area of police RP for being SASD must have good PR skills and using polite words. I entered the SASD to seek more about the police and want to find new friends in the game world. that's why I ran for admission to the end SASD.The End
Thanks You